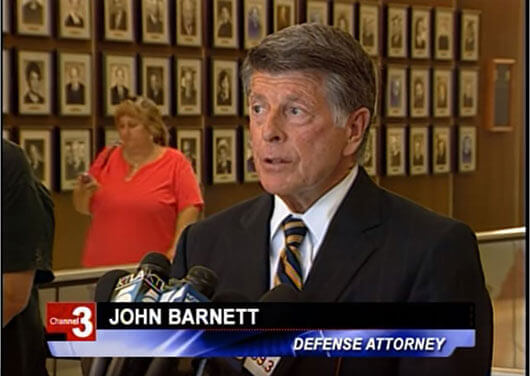 At the Law Office of John D. Barnett, we welcome the challenging cases. We have successfully represented clients charged with a variety of offenses, including murder, attempted murder, assault, rape, indecent exposure, drug possession and trafficking, felony DUI, and more. If you are facing a serious criminal charge in Orange County, contact us to see if we can help.

Police departments across the United States pride themselves on keeping drugs off their streets and punishing drug dealers and manufacturers to the fu...
Learn More

Clearly, you will need an experienced criminal defense attorney when you are charged with causing a serious or fatal crash while you are under the inf...
Learn More

Rape and child sexual abuse are horrendous crimes—no one is disputing that fact. However, being falsely accused of these crimes—or being d...
Learn More

Hiring an attorney with trial experience is vital for all criminal cases. When you are charged with a crime in California, the odds are stacked against you, but a jury trial can be the great equalizer. With the right lawyer by your side, a trial can set you free, or at least bring the best possible resolution to your case.

With over 45 years as a criminal defense attorney in the Orange County area, John Barnett’s experience and reputation are unparalleled. He has won some very high-profile cases, including defending police officers in cases with national attention, and he puts the same intensity and effort into all of his cases. When you work with the Law Office of John D. Barnett, you will have peace of mind knowing there is no one better to have on your side.

A criminal conviction could mean losing your freedom, your reputation, your business, and your family. Don’t let this happen. Call today and let John Barnett and his criminal defense team protect you.

Do You Have a Personal Injury Case?

Learn How Case Barnett Can Help

The team at Case Barnett Law fights for the rights of individuals injured and killed in auto car accidents, truck accidents, and motorcycle accidents, as well as those suffering from brain injuries, nursing home abuse, nursing home neglect, and more. They are also one of a few firms in California that specializes in child injury law. They understand the impact of these losses and injuries on your life and work hard to win compensation for your medical costs, lost wages, and pain and suffering.

John Barnett’s son, Case Barnett, grew up watching his father defend the accused in high -profile cases and was inspired to follow in his footsteps. Case began his career in 2003 as a trial attorney for the Orange County Public Defender’s Office. He later joined his father in private practice and handled both criminal and civil cases before opening his own plaintiff's personal injury law firm in 2015. Case learned his fearless approach from his father and has already been able to recover over 50 million dollars for his clients. 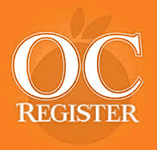 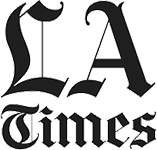 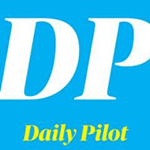 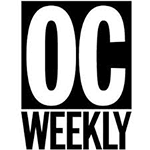 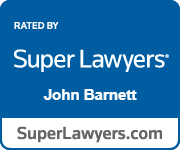 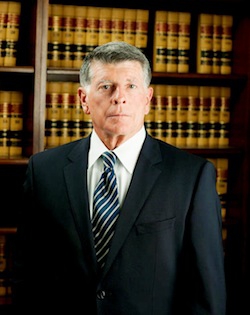 John Barnett Mr. Barnett graduated from the University of San Francisco Law School in 1973, and began his practice with the Orange County Public Defender's Office in 1974 through 1978. He then moved to private practice where he has tried both civil and criminal cases, including several capital murder cases and representation of police officers. Mr. Barnett's practice has evolved from strictly criminal defense to include trial of complex civil matters.

"You were organized, thorough, professional, and there for me during a difficult time in my life." DD
"The Best Cross Examiner in Southern California." C. Carl Holmes, Retired Public Defender

Don’t Let Criminal Charges Determine Your Future. Let Our Aggressive and Experienced Legal Team Get to Work on Your Defense

When you are charged with a crime, you have a right to hire an attorney to represent you. Why wouldn’t you want the most experienced, successful criminal defense team in Orange County? The Law Office of John D. Barnett is committed to fighting for your Constitutional right to defend yourself and will put their skilled legal team to work for you. Being accused of a crime doesn’t make you a criminal, but with the wrong attorney, you could be giving away your rights and risking your freedom.

What Makes Our Team Different From All the Rest?

Attorney John D. Barrett has been a criminal defense attorney in Orange County since 1974, gaining national notoriety after successfully defending a police officer involved in the 1992 Rodney King case. Since then, he has won several high-profile cases and many more cases involving ordinary citizens charged with a variety of crimes. His skill at trial is unmatched in Southern California, and he has built a legal team with the same sharp, aggressive approach to criminal defense.

Trial Attorneys Fighting for the Accused

In a criminal case, the battle between the accuser and the accused is often an unfair fight. The accuser has the great powers of the state behind him or her, while the accused has to battle the police, the prosecutor, and the entire justice system. In his darkest hour, the accused needs someone who will not only stand with him but stand in front of him, protecting him and telling his story. With us, you will have a fearless team that will fight against the tyrannies of the state, whether you are facing charges for a violent crime, sexual assault, or drug trafficking. We win cases at trial.

What We Will Do for You

If you have been charged with a serious crime in Orange County, our defense team wants to hear your story. If we think we can make a difference, we will take your case. Our clients are always treated with the utmost dignity and respect. We bring our reputation, compassion, and unmatched trial skills to each and every one of our clients. With a focus in Orange County, we work to protect individuals throughout Southern California including Los Angeles County, San Bernardino County, and Riverside County. If you or a loved one is facing a serious criminal charge in the L.A. area, call the Law Office of John D. Barnett to discuss your defense.